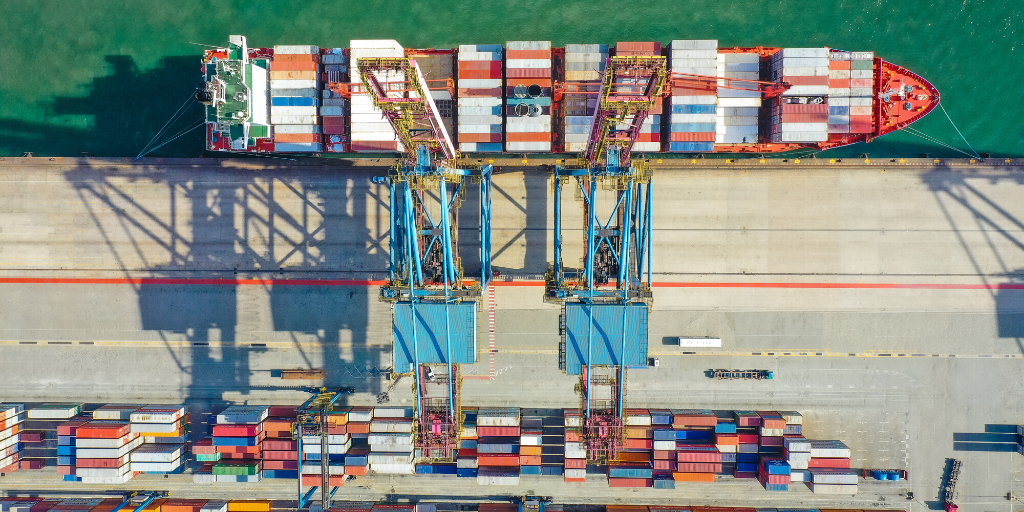 The world of commodities trading has a range of technical jargon which, if you’re new to the industry, can be like learning a new language. Here, we’ve provided a guide of the most common terms to help de-mystify these words.

Accounts Receivable – a fancier way of saying money owed for a service that has been provided. Once the invoice is sent, these become assets on the providing company’s balance sheet.

Asset Based Lending – a method of leveraging company assets as collateral for a loan.

Advising Bank – handles letters of credit for foreign banks, and informs the exporter of the associated conditions of the Letter of Credit

Barter – a trade where materials are traded directly for other materials

Beneficiary – the person for whom a Letter of Credit is drawn

Bill of Exchange – an order requiring payment from one party to another at an agreed, fixed date.

Carriage And Insurance Paid To (CIP) – the seller of goods also pays for cost of carriage to the agreed destination. They also insure the goods at their own cost.

Carriage Paid To (CPT) – the seller of goods also pays for cost of carriage to the agreed destination.

Carnet – a customs document allowing the holder to temporarily send goods into a foreign country without paying duties.

Cash in Advance (CIA) – payment being made before shipment of goods.

Cash With Order (CWO) – payment being made at the same time as the ordering of goods.

Commercial Finance – the offering of loans to businesses by banks or other lenders, often secured by business assets, accounts receivable or unsecured loans.

Common Carrier – the individual or entity that transports goods in exchange for payment.

Consignment – delivery of commodities from an exporter (the consigner) to an agent (the consignee) with the agreement that the agent will sell to the benefit of the exporter. The exporter retains ownership until sale of the goods, whereupon the agent typically receives a commission.

Commissioning – the date on which the commodity is confirmed as delivered or received as specified in any agreements.

Commitment Fee – a fee that is payable on undrawn balances, to reserve the availability of a loan.

Comprehensive Coverage – insurance that covers both commercial and political risks.

Cost and Freight (CFR) – The seller pays for transport to the agreed port, then full risk and responsibility for the traded commoditiy passes to the buyer as soon as the goods cross the ship’s rail.

Cost Insurance and Freight – As above, but with the seller also taking out cargo insurance.

Countertrade – when payment is made wholly or partly in the form of physical commodities from a foreign country.

Credit Report – a detailed document supplied by a third party, which summarises a company’s financial history and position.

Credit Risk – a risk that the insured will be unable to recover all or part of the receivables (agreed goods in the trade), or payment for them, due to an unforeseen circumstance.

Credit Risk Insurance – insurance that covers any loss or non-payment as detailed above.

Customs – an agency of government that is authorised to collect duties on imports and exports.

Customhouse Broker – an individual or company that is licenced to clear goods through customs.

Demurrage – a charge levied by the shipping line to the importer in cases where they have not taken delivery of the full container and move it out of the port/terminal area for unpacking within the allowed line free days.

Detention – a charge levied by the shipping line to the importer in cases where they have taken the full container for unpacking (let’s say within the free days) but have not returned the empty container to the nominated empty depot before the expiry of the allowed line free days.

Devaluation – officially lowering the value of currency in relation to other currencies.

Dispatch – a fee paid by a ship’s operator if the loading or unloading takes a different amount of time then what was agreed.

Dock Receipt – a document that acknowledges the arrival of a shipment at the carrier’s dock or warehouse.

Duty – tax that is imposed by the customs authorities of a country. The amount is ordinarily based on the value of goods, the amount of goods or a combination.

Exchange Rate – the price of one currency in relation to another.

Export Licence – a document issued by the government that allows the holder to export certain goods to certain destinations.

Facility – a form of debt financing whereby a loan is given by a bank or lender to a business. The loan is used as operating capital to carry out activity such as the movement of goods.

Free Alongside Ship (FAS) – a term meaning the quoted price includes the cost of delivering goods alongside a shipment.

Free On Board (FOB) – a term indicating that the quoted price covers all expenses up to and including the delivery of goods on a ship provided by or for the buyer.

Force Majerure – a legal clause that exempts contracted parties from performing the agreed terms if this is due to circumstances beyond their control, like war, natural disasters of global pandemics (never say never!)

Forward Transaction – an agreement to buy one currency and sell another at a preagreed price on an agreed date in future. These are often used to eliminate exchange risk.

Free Trade Zone – a port that is designated by government to be duty-free.

General Agreement on Tariffs and Trade (GATT) – an agreement intended to reduce blocks between collaborating countries in terms of tariffs.

Import Licence – a document from the government that authorises the holder to import goods into a country.

Interest Rate – a fee for borrowing money from a bank or lender, which is ordinarily a percentage of the amount borrowed.

International Lending – lending that occurs when the lender and borrower are in different countries.

Letter of Credit – a document issued by a bank that authorises the seller of a commodity to draw an agreed amount of money under specified terms.

Open Account – an agreement where goods are shipped to a foreign buyer without guarantee of payment. This can be quite a risky strategy.

Port Storage or Quay Rent– a charge levied by the port for the prolonged stay of a container at port after expiry of free days granted by the port to the shipping line. Different ports/terminals offer different days free of storage (free days).

Receivables – a term that covers all financial obligations owed to a company by its debtors or customers. This includes all debts owed, even if they are not currently due, and are recorded in the company’s balance sheet.

Retention – also known as holdback. A contractual condition whereby money is withheld until the goods meet requirements, or an agreed time has passed.

Risk Management – the process of evaluating and managing current and emerging risks in order to decrease a company’s exposure.

Secured Funding – a loan that is backed up by physical assets, which reduces the amount of risk taken on by the lender.

Structured Trade Finance – cross-border trade finance in emerging markets where the flow of commodities is used to repay a loan.

Swap Contract – an agreement between two parties that they will make payments to one another at an agreed point in the future.

Uniform Rules for Collections (URC) – A set of rules to help institutions and individuals in the collections process. They are not legally required, but help identify the understanding of a contract.

Wharfage – a payment requested by a dock owner for the handling of cargo.

Working Capital – the cash available for the day-to-day running of a company. It is calculated by deducting liabilities from current assets, and is used to measure the ability of a company to meet its short-term financial obligations.