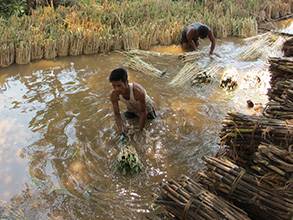 Weather risk in the sugar market is usually seen as coming about when heavy rainfall disrupts crushing – just as we have seen in Brazil this season.

However, taking a longer term view, the risks invert with the greater problem being constraints on water availability. Cane sugar production has increased by almost 20% since the 2002/03 season while beet sugar, which is less water intensive, has increased by less than 1%. However, cane is a water-intensive crop, requiring at least 1,500 mm of rainfall and in the right distribution. As a consequence, the rising proportion of cane sugar production has increased the world market’s dependence on reliable water supply, which in many parts of the world is becoming a problem.

“Sugar cane production is particularly sensitive to water availability, which is likely to dampen the ambitions of many countries who are seeking to expand their domestic industries. This consequently points towards the need for continued growth in cane production within Brazil and West / East trade in order to be able to reduce the pressure on finite water resources faced by many countries in Asia.”

What Does Lack of Water Mean for Cane?

Areas of Potential Growth in Cane Area vs Water Availability

“Water availability is a concern for many developing economies, which face rapid demand growth while lacking the legal framework and oversight with which to manage water usage. Increasing levels of urbanization and rising levels of consumption add to these concerns.”

Cane, Beet and Water Use of Competing Crops

A Switch From Cane to Sugarbeet?