Back to main blog page
Czarnikow Carbon Series: What does ‘COP’ stand for in ‘COP26’? 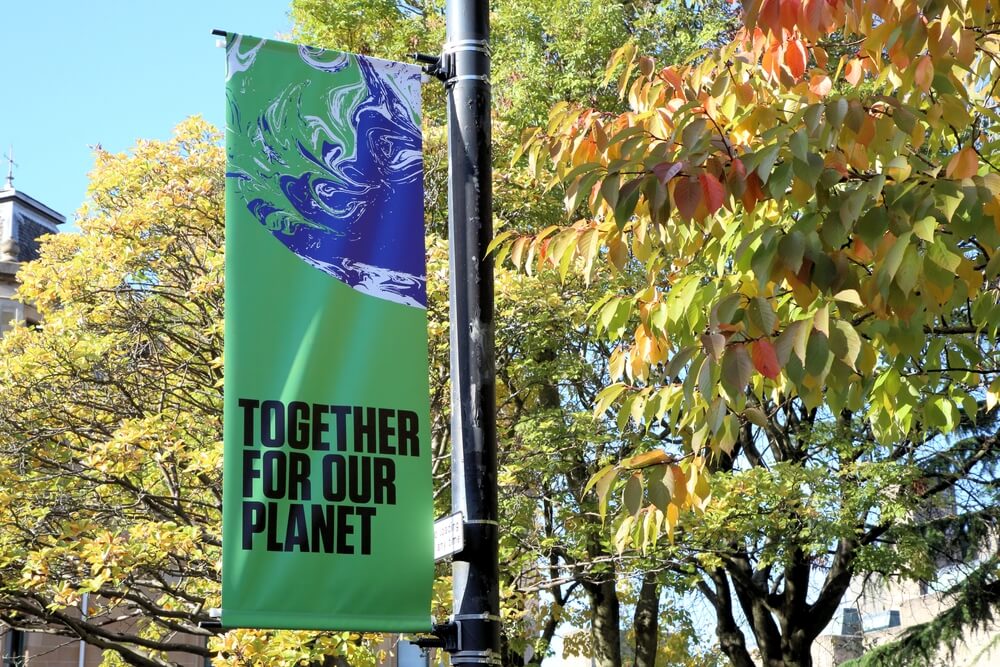 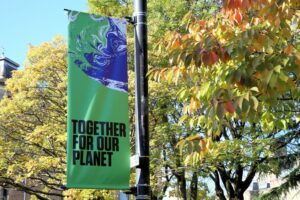 The hubbub around the annual COP (rightly) increases as 2030 draws closer and extreme weather events become more frequent. Many of us know that COP is an event centred on climate action, and we talk about it a lot when it’s happening, but maybe not enough time is spent reflecting on the decisions made and their potential consequences.

Why is it called COP?

The formal name of the event is The United Nations Climate Change Conference, but it is more commonly referred to as the ‘conference of the parties’ (COP) to the United Nations Framework Convention on Climate Change (UNFCCC). The first COP was held in 1995, in Berlin, and the event has been a fixture in the international diplomacy calendar every year since, the only exception being 2020. COP26 was the 26th conference of the parties and took place in November 2021, in Glasgow, UK.

How are the Paris Agreement and COP26 related?

The Paris Agreement is the product of COP21, held in 2015. The Paris Agreement is a legally binding treaty, signed by the 196 countries recognised by the UN, to keep global warming below 2 °C. At COP26 these same countries agreed to the Glasgow Climate Pact which aims to keep global warming below 1.5 °C. 151 countries presented new climate action plans to slash their emissions by 2030. Clearly COP is where major climate goals are set. COP27 is the 27th UN Climate Change Conference and will be held from 6 – 18 November 2022 in Sharm el-Sheikh, Egypt.

The outcomes of COP26

145 countries signed the COP26 Glasgow Leaders Declaration on Forests and Land Use, which aims to reduce deforestation by 2030.1 Emphasis was given to conserving and restoring forests and terrestrial ecosystems and introducing domestic and international policies that facilitate commodity production and consumption without deforestation. Additionally, 28 countries representing 75% of global trade pledged to produce ‘guilt free chocolate’ through the Forest, Agriculture and Commodity Trade Roadmap.2 Ten countries signed the Congo Basin Pledge to further the forest conservation agenda. Meanwhile former Amazon CEO Jeff Bezos made his commitment known by pledging an additional US$2 billion to his Earth Fund for restoring natural habitats. He was not the only business leader to make a statement.

Sixty of the UK’s FTSE 100 companies committed to eliminating their contribution to climate change by 2050 by signing up to the UN’s Race to Zero Campaign. ‘Race to (Net)-Zero’ aims to halve global emissions by 2030;3 unlike the Paris Agreement, this campaign encourages business and investors to cut down their emissions instead of countries. This indicates that the message ‘going green makes business sense’ was finally being embraced by the private sector.

What is the Glasgow Financial Alliance for Net Zero (GFANZ)?

After COP26, ‘the world’s largest coalition of financial institutions committed to transitioning the global economy to net-zero greenhouse gas emissions’ formed as the Glasgow Financial Alliance for Net Zero. GFANZ intends to ensure that ambitious targets are met with credible action by connecting financial institutions such as banks, insurers and financial service providers, with climate scientists and civil society. Over 500 firms in more than 45 countries are GFANZ members. GFANZ provides guidance for its members to phase out their high emitting assets, and on investing in real-economy companies, all with the mission to keep global warming at 1.5 °C.4 Their transition plans are science-based.

What is the Science Based Targets initiative (SBTi)

The Science Based Targets initiative (SBTi) is a partnership between four leading climate action groups: Carbon Disclosure Project (CDP), UN Global Compact, World Resources Institute (WRI) and The World Wildlife Fund (WWF). SBTi provides companies with criteria, or pathways, for cutting down their climate emissions, to contribute to the goal of keeping global warming at 1.5 or 2 °C; therefore science-based targets align with the Paris Agreement. The Initiative also provides a framework for companies aiming for net-zero carbon emissions. Over 3000 companies have set targets with SBTi; 48% of them are using science-based targets, while 36% are committed to net-zero emissions.

It’s important to note that SBTi prioritises the actual reduction of GHG emissions over the use of carbon offsets.

What does ‘Verra’ have to do with COP26?

Verra is an organisation providing global standards and frameworks for the private sector and countries to address their environmental and social issues, especially for assigning financing to these issues. Verra spoke on the role of carbon credits in halting deforestation, investing in Africa’s natural carbon sinks, and other related issues at COP26. Verra promotes voluntary carbon markets through its Verified Carbon Standard (VCS) Program – the most widely used voluntary greenhouse gas programme in the world. Through the verified carbon standard, organisations can offset their carbon emissions using credits acquired from GHG reducing projects. The Verra programme verifies that the projects were completed. The tradable carbon credits are issued as verified carbon units (VCU) that can be sold on the open market. Verra is just one of many programmes providing carbon offsets, another is Gold Standard, verified carbon standards are likely to be one of the ways those 60 FTSE100 companies cut their emissions.

A recently published report shows that 54% of the FTSE100 and 100% of oil and gas companies in the group have established ESG committees.6 However, the figure is much lower for financial companies with only 14% having ESG committees. But what does this mean in practice?

The creation of these committees suggests that positive GHG reduction action is high on the list of corporate priorities. On average, the companies have committed to being net-zero by 2044, although they are in the early stages of figuring out how to get there. Many stakeholders are calling for these businesses to start by operating in energy efficient buildings. Another avenue is sustainable investing, and for financial companies especially, facilitating green funding, which can look like lending to GHG reduction projects at reduced interest rates. Low carbon operations and investments are opportunities for commercial growth and, more importantly, for managing future risk and creating resilience within the organisations that act in the world’s key supply chains.

Will COP27 see more FTSE100 and maybe even FT250 companies commit to net-zero and will they come with actionable plans? We’ll be following the event closely.

Want to build a sustainable business?
Learn about The VIVE Programme